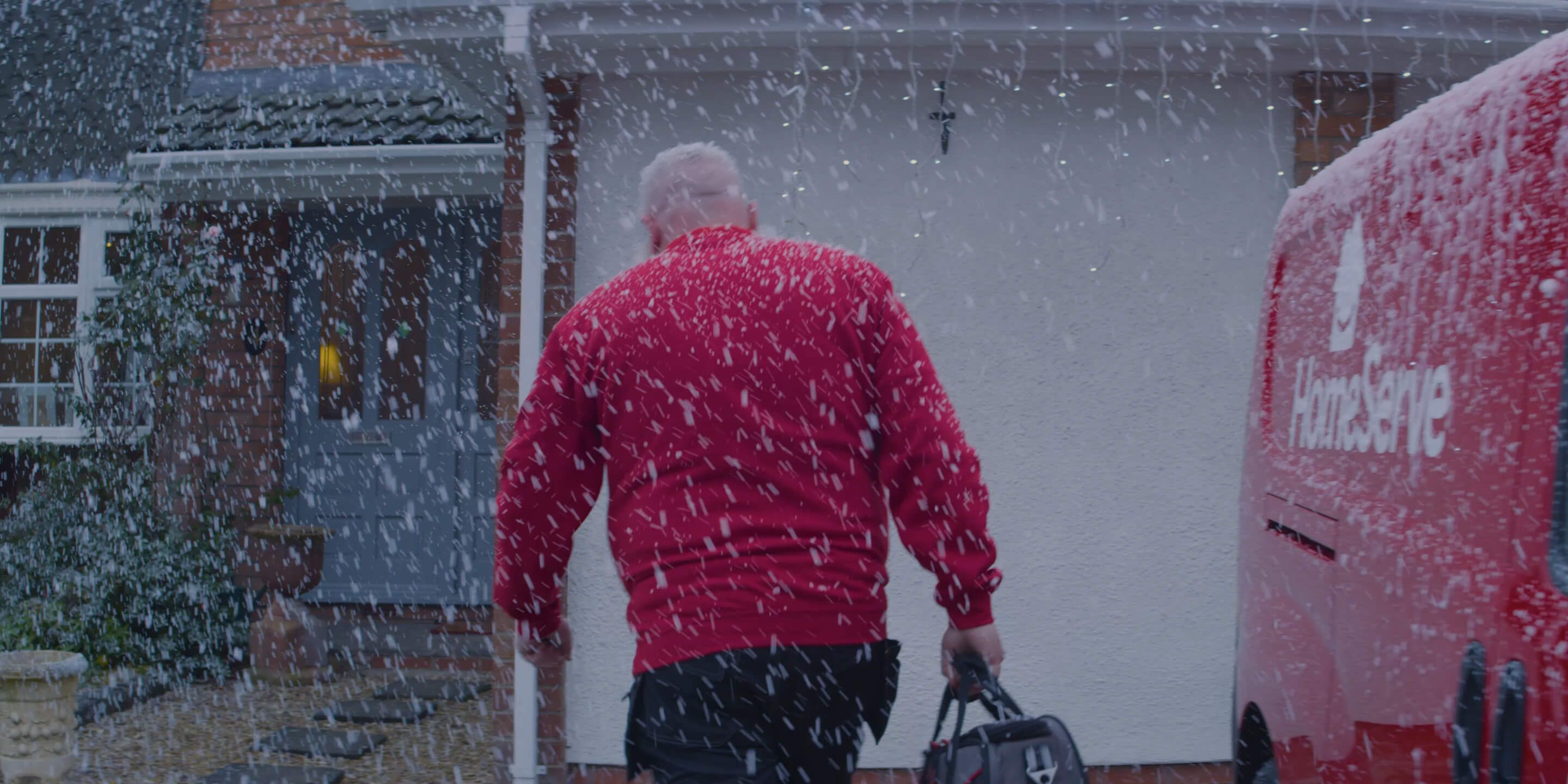 Creating HomeServe's Christmas campaign from scratch in less than 3 weeks.

HomeServe was already a valued and busy Trunk client. So, when their Brand Director came to us for a festive social campaign, we were raring to go.

We had to be, it was already December.

The simple but challenging brief was to engage with as many HomeServe customers and prospects as possible in a fun, relevant and Christmassy way. 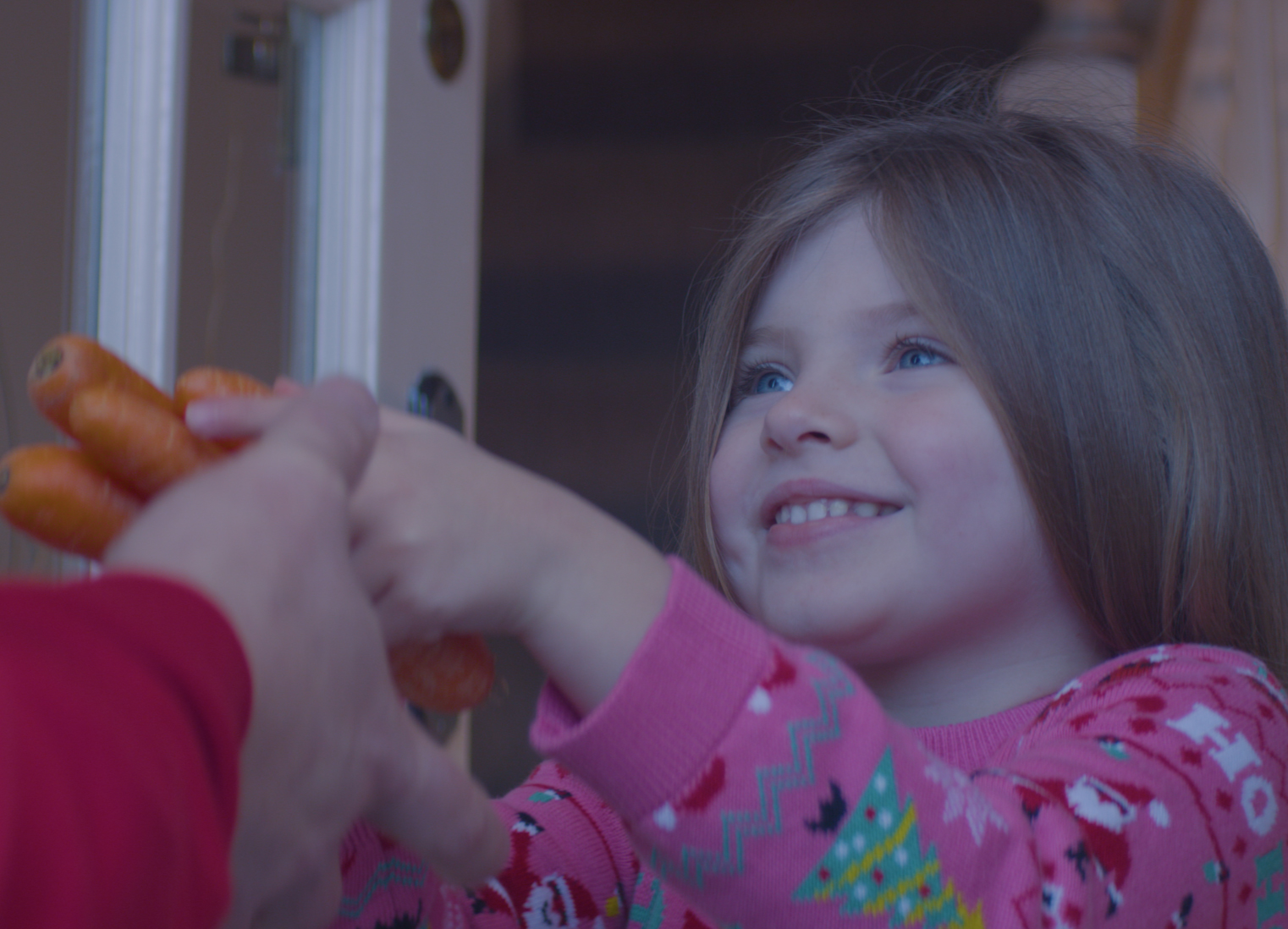 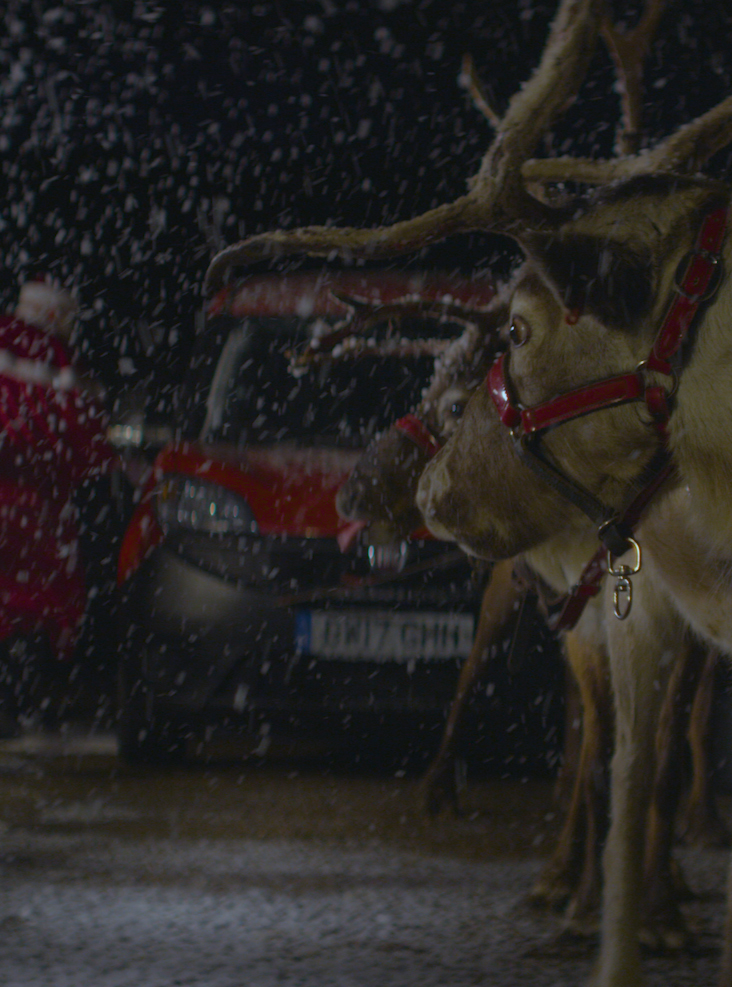 With time so short, we put our Christmas shopping on the back burner and arranged a workshop with the HomeServe marketing team. This generated a great idea for a live-action film featuring Santa as a HomeServe engineer. We swiftly turned the idea into a script and storyboard, which were just as swiftly approved.

Making the film meant overcoming a series of challenges. Where could we find a Santa in December? And what about reindeer? There was also the small matter of making it snow to order.

All the challenges were solved with a massive team effort involving all Trunk's talents – plus the latest snow-making technology.

Filming took place at several locations, and the footage was used to create one long video and a series of shorter clips for social media purposes.

We also created an accompanying interactive game and some short animated clips to promote it. This was used to gather email data for GDPR-compliant retargeting once Christmas was out of the way.

It was a lovely piece of work. And we'd still be proud of it even if it hadn't all been done under such time pressure. And HomeServe Brand Director John Greaves described it as their most successful Christmas campaign ever.

"Trunk have helped us to focus on what an articulation of our brand looks like. One of the big step changes we've done as an international group is to work with Trunk. So when we handed them a Christmas brief 3 weeks before Christmas, we knew they'd be able to more than handle it. They didn't just do that, they far exceeded anything we imagined. Even if we started this project in September, the end result wouldn't have been any different and that's down to our partnership with Trunk."